There is only 40 days left until I leave for Everest.

On Tuesday I will leave Singapore for a training climb on a peak called Malte Brun.  Malte Brun  is a large mountain located in the Southern Alps of New Zealand, right opposite Mt Cook (New Zealand’s highest peak).  Standing at 3198m, Malte Brun is the 6th highest mountain in New Zealand (depending on the specification you use to define what exactly is a peak).

In February 2010 I  attempted Malte Brun, together with Alan Silva.  We had an epic 8 day adventure where we climbed high on the Full West Ridge route – a route very infrequently attempted due to its length and committing nature.  We eventually turned around at 2950m, around 250m below the summit.  It was a grueling climb – 17 hours for the summit push alone, continuously on the move with only 1 litre of water to drink.  After three nights in De La Beche hut, two nights in the tent, and two nights bivvying (sleeping in the open) high on the ridge, a cut rope, a marathon 2 day descent, we finally stumbled back out to the road head.  By this time we were two day’s over schedule, I had missed my flights, and more importantly put a great deal of stress on my family who had been waiting for me, since my non-arrival at the airport two days before.  They had naturally been concerned and called the Police.  So we were not too far from having a SAR operation come looking for us which would not have been cool.  You can read the full trip report here. 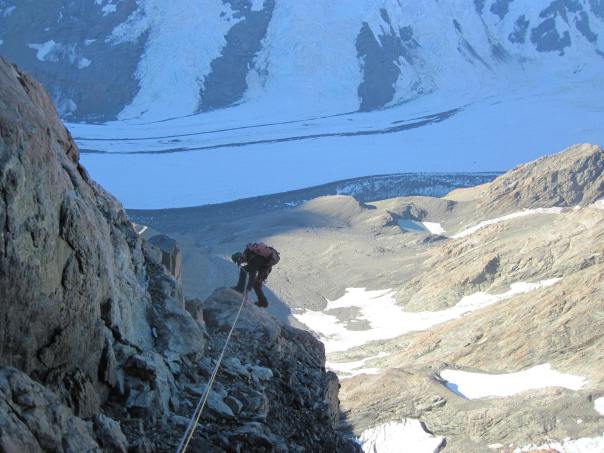 Together with Alan, we will return to Malte Brun next Wednesday to make another attempt on this mountain.  Weather permitting, we will attempt a slightly shorter route known as the ‘West Ridge’ (as opposed to the ‘Full West Ridge’) as shown in the photo below.  I took this photo in 2009, from the summit of a neighboring 3000+m peak called The Minarets.

View of Malte Brun from the summit of the Minarets. The West ridge is the prominent ridge on the right hand side leading up to the summit.

As with my return to Everest this year, I take what I learnt from my last attempt on Malte Brun and make the necessary adjustments to my gear and tactics etc.    This process is one of the great thing’s that I enjoy about independent non-guided climbing.  The research, planning, preparation and training which lead up to attempting a particular route.  The actual climb itself.  Sometime I make it, sometimes I don’t.  If I don’ t make it, I lick my wounds, then get stuck back into applying the experience that I have learnt from the previous climb, to prepare even better for the next attempt.  This is also a magnificent way to learn.

Some of changes we will make for next weeks attempt on Malte Brun include:

1.  Taking a Satellite phone for communications

It will make a welcome change to be back on a mountain after the last few weeks humping heavy packs up and down the stairs in Bukit Timah nature reserve.  Have a great week ahead and I will look forward to updating you on whether or not Malte Brun is done! 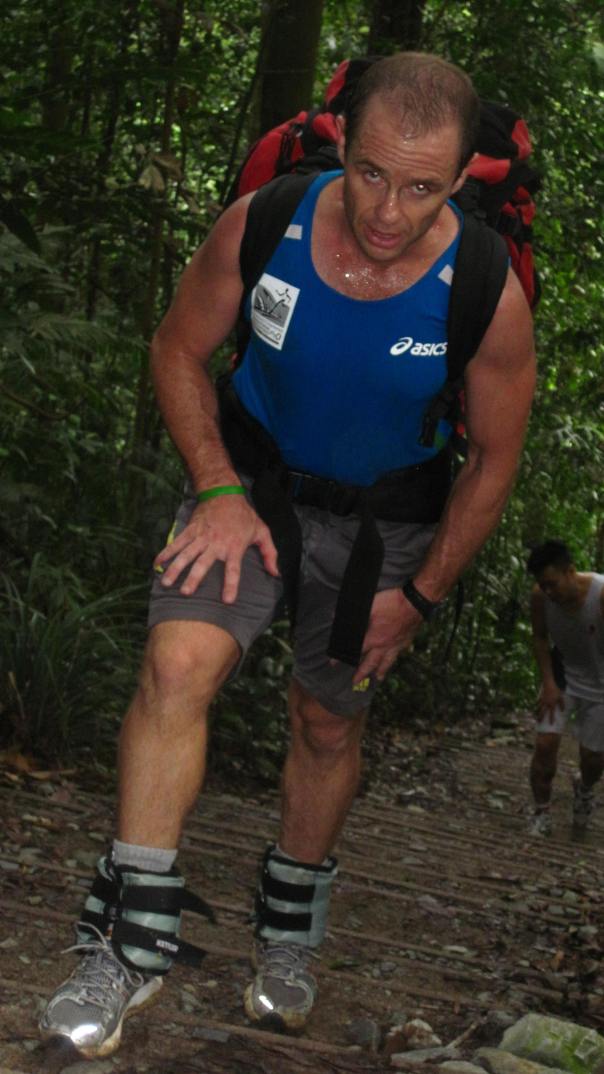