← Name the facebook page
How much does it cost to climb Everest? →

Death of an Everest Legend?

I returned from a beautiful 14km run from my apartment down around Bukit Timah nature reserve and back this evening in a very good mood. Only to turn on the computer to read some very sad news about an Everest legend who has disappeared in an avalanche whilst climbing in Nepal.

Chhewang Nima Sherpa, (43 yrs) had summited Everest 19 times.  He is one summit of the record which currently stands at 20 times (held by another Sherpa named Apa Sherpa).  Details are still sketchy, however it appears from reports that he was swept away in an avalanche on a mountain known as Baruntse on Saturday whilst fixing rope.

A helicopter search has been called off after finding no trace of him, however there is some small hope he may be alive.  Chances appear slim.

Chhewang Nima Sherpa is a married father of two boys and earns his money to support his family by working on climbing expeditions.

Experience, skill, fitness and instinct are all factors which influence a climbers survival rate in the mountains.  However this is just another example showing that the mountains are always in control.  They will never be ‘conquered’ by any man or woman, no matter how experienced they are.  If the mountain does not want you there she can destroy you in the blink of an eye.

Lets hope Chhewang Nima Sherpa has somehow managed to escape the wrath of Baruntse this time. 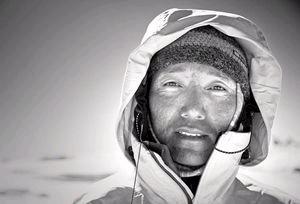 ← Name the facebook page
How much does it cost to climb Everest? →