Climb if you will, but remember that courage and strength are naught without prudence, and that a momentary negligence may destroy the happiness of a lifetime. Do nothing in haste, look well to each step, and from the beginning think what may be the end.

I have made two expeditions to the the North Ridge of Mt Everest, located in Tibet.  Here is some information about this route which was made famous by George Mallory and Andrew Irvine  in 1924 when they were last seen at around 8300m elevation high on the mountain.  They were never seen again until Mallory’s body was discovered in 1999. The hunt for Irvine’s body continues today with debate still raging if they managed  to reach the summit.  This video below is a 3D representation of the North Ridge Route.

This video clip below shows the climbing team discovering George Mallory’s body in 1999.  It is very moving. Sad, yet deeply inspirational.  I have eternal respect for these early climbers who risked so much, pushed themselves so hard, using such primitive gear, on these journeys into the unknown.

The credit for the first sucessful ascent of the North Ridge goes to a huge Chinese team (comprising 214 persons!) in 1960.  4 of the climbers reported they reached the summit, however controversy surrounds this ascent as there was no photographic evidence taken at the summit.  The highest photo recorded by the team was taken around the second rockstep (just above 8500m).

Technically more difficult than the standard route from the South (Nepalese side) – the real scary thing about the North East Ridge is the final part of the climb, from the final camp to the summit.  This is the highest ridge traverse in the world and is brilliantly summed up by this passage from the book ‘Dark Summit’ by Nick Heil.

‘Tricky as the traverse can be, it is not the technical difficulty that makes it so lethal; it’s the altitude.  On the Northeast Ridge, you grind along above 28,000 feet for more than nine hours.  To a height already at the limits of survivability, add wind, snow, cold, fatigue, dehydration, and fear.  Sucessfully navigating the ridge ranks as one of the most formidable accomplishments in the annals of human endurance. “I never feel euphoric or elated whan I’m up there,” said veteran guide and expedition leader Eric Simonson.  “Just anxious.  It’s like swimming as far out into the ocean as you can, then turning around and wondering if you can make it back.”

Below is a photograph of the route as seem from Basecamp on the North Side.  I have marked the point I got to at 8350m in 2011 with a red star.

The North Side of Mt Everest, taken from Basecamp on the Rongbuk Glaciar. Photo: Jamie McGuinness

A wonderful qoute  about what it feels like to climb at altitude is attached here.

“I suggest going out to the nearest pub and getting completely, and utterly, wasted. Make sure you smoke at least 1 pack of unfiltered Camel’s. Get the full ashtray, pour a drink in it and then pour the mixture into a water bottle. When you get home (ideally around 3:30am) stick the vile mixture into your freezer. Put on your best goretex and thermal layer. Climb in. At 5:30am, get out, drink (chew?) the mixture and go run the biggest flight of stairs you can find. Run until your heart threatens to explode. Your dehydration caused by the alcohol should adequately simulate what you may experience at higher altitudes. Your lung capacity should be sufficiently impaired by the smokes to simulate a oxygen poor environment. The freezer episode should adequately replicate a bivy. Drinking the booze/butt mixture should simulate your lack of appetite….. Oh — once your finished your workout, go to work (to replicate the long walk out).”    — Greg Hamilton suggesting an altitude training methodology.

There are 6 camps in total on the North Ridge route I will be taking, and they commonly known as:

The image below shows climbers on the North Ridge.  The North Ridge is steep and exposed.  Definitely not considered as easy – especially when you consider you are wearing huge triple insulated boots, down suit, oxygen mask and trying to deal with the extreme altitude and intense cold.

Of course the most important thing always about any of my expedition’s  is that I come back safely.  Safely to my beautiful wife Stephanie who supports my selfish, obsessive, irrational desire to climb mountains!

To Stephanie I am eternally grateful. 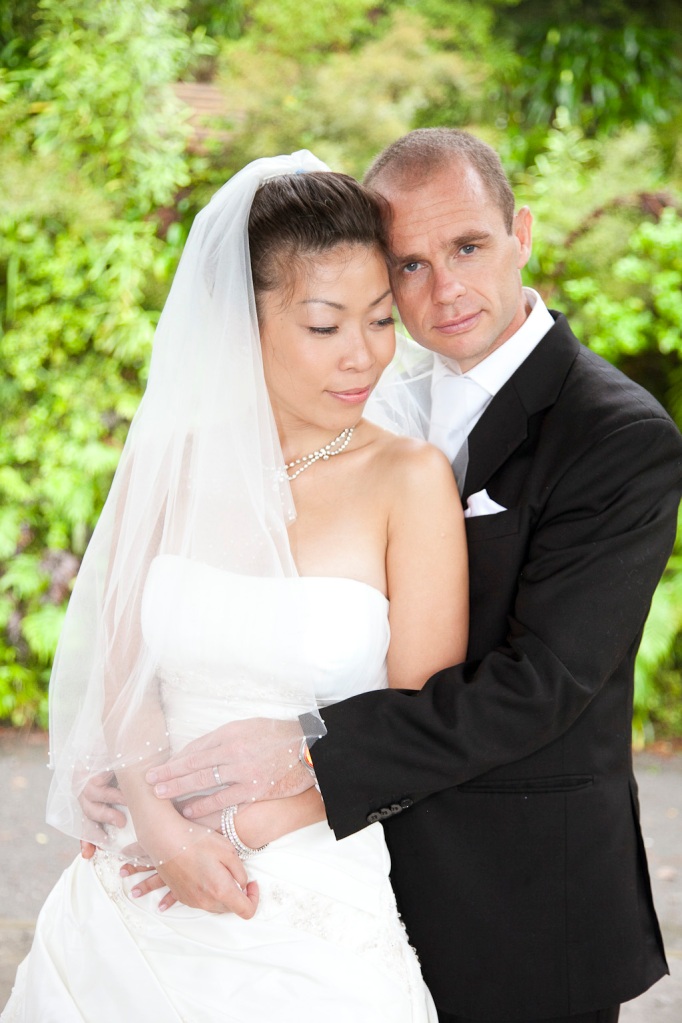