Peak 9144 is located on the ridge just behind Kelman mountain hut at the head of the Tasman glacier in the New Zealand Southern Alps.  It’s elevation is 2669m and my guess why its called ‘9144’ is because of its elevation in feet? (However when I convert 2669m to feet I get 8756ft so maybe my theory is wrong).  If you know the answer then please do drop me a line or leave a comment at the bottom of this post.

Because of 9144 ‘s proximity to Kelman hut and the fact it has a number of short routes on it, all graded around the ‘2’ level its a nice little half-day adventure from Kelman Hut.  I climbed it twice in January 2005 with Vanessa Wills. Once via the couloir on the west face and once via the rock buttress on a route called ‘Red Buttress’.   There is fantastic views from the summit on a nice day, down the Tasman valley and also across over the other side into the Murchison valley. A nice peak for getting practice in on steep snow or rock while preparing for something bigger. 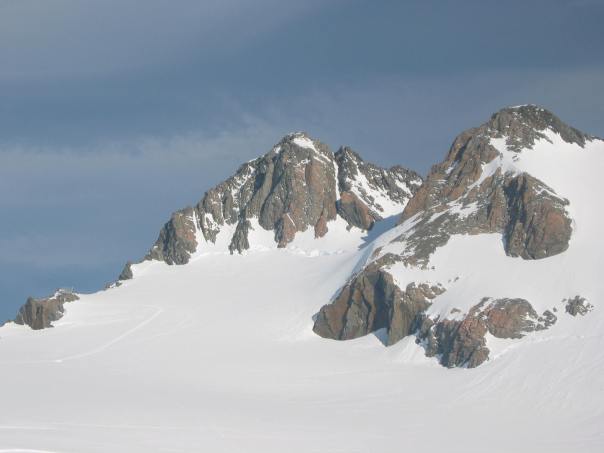 View of 9144 from lower down the Tasman glacier.  9144 is  the prominent peak in the centre of photo.  Kelman hut can be seen on the ridge line on left of photo.  The couloir route is the natural snow gully to the right of the summit and the ‘red buttress’ rock route is clearly visible as the prominent red tinged central buttress leading down from summit. 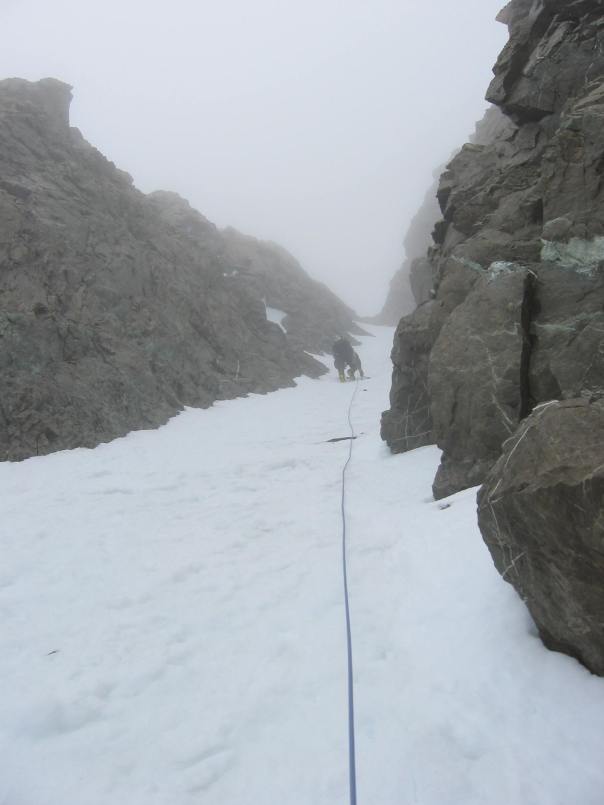 Looking down the snow couloir on 9144 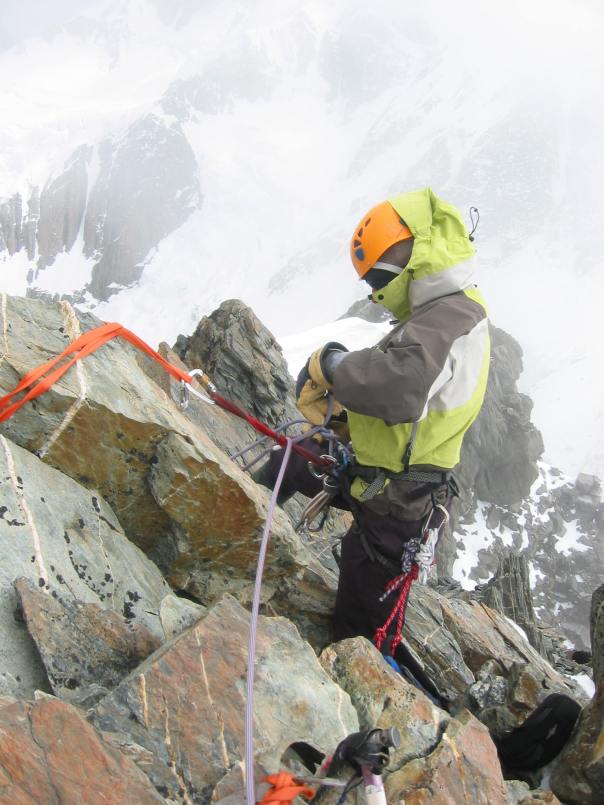 Vanessa Wills on belay close to the summit of 9144.

At the base of the rock buttress route on 9144. You need to cross a schrund to get here which is just visible a few metres below my legs.

Vanessa Wills leads up the Red Buttress on 9144 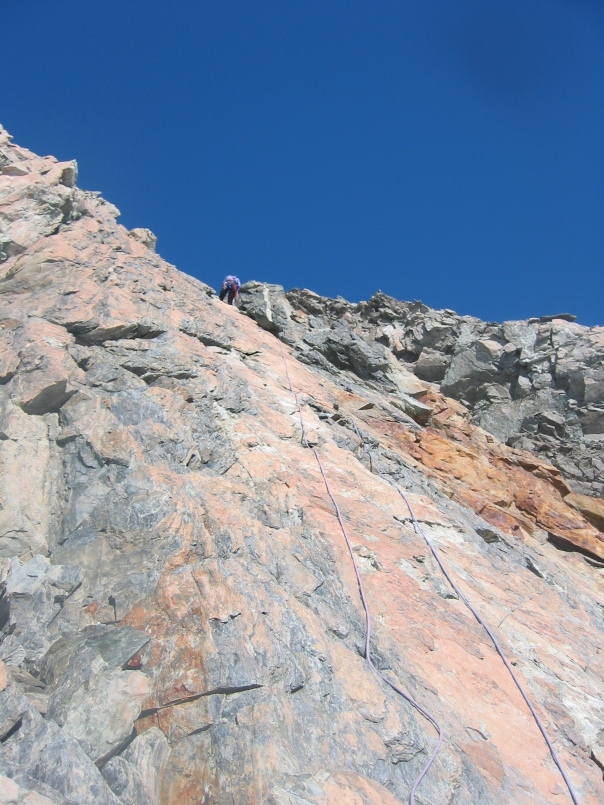 Rapelling off the ‘Red Buttress’ rock route on 9144